Leaflets and flyers are used by everyone from big brands to Indian takeaways, club promoters and your next-door neighbour who’s having a baby shower. If you’re interested in the difference between Leaflets and Flyers, check it out here)

We take them for granted as a source of useful info, but the humble printed Leaflet has a proud history, having kick-started revolutions and channelled ‘people power’ in the face of injustice. In the pre-telly era, they entertained the masses with juicy gossip and wild tales. Oh, and they’ve helped shift a lot of product. So let’s take a trip back in time to the origins of this super-effective communication tool.

Back in the Dark Ages, if you had an announcement to make, you could get down the village square, assume the town crier stance and start shouting. But the trouble with this was, the Chinese whisper effect would seriously mess with your message on its way around the streets. Rich merchants in Renaissance Italy knew that if the information is important, you need to commit it to paper. They passed around handwritten newsletters detailing the latest on wars and economics that could affect their business interests.

The invention of the printing press in Germany in 1450 changed everything. Where once the written word belonged to the rich and powerful, now groups that questioned the monarchy and the church could organize themselves and get their message out to the common man. If you had a political, social or religious axe to grind, Flyer printing was a powerful way to advance your cause.

During the British Civil Wars there was a ‘print explosion’ as both sides used printed Leaflets to rally their troops and undermine their enemies. One leaflet, The Bloody Prince, showed the Royal Commander Prince Rupert with a smoking gun over Birmingham as it burned. This influential printed Leaflet design inflamed outrage against the royals and raised support for the parliamentarians.

Many pamphlets from the Early Modern period were a bit like The Sun – saucy and sensational. One popular printed Leaflet, The Witch of the Woodlands tells the story of Robin, a womanizing cobbler, who is molested by female witches before apparently ending up in a gay relationship with a beggar in London. It was reprinted four times between 1655 and 1680. Some famous early German pamphlets described the horrible activities of cruel warmonger, Vlad the Impaler, who went down in folklore as Count Dracula. 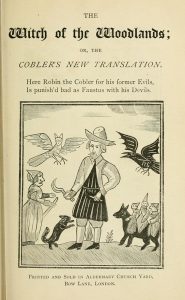 Where once the written word belonged to an elite band of bards penning flowery prose with their feather quills, the people’s printed pamphlets tended to be use straight-talking language with a purpose. In 1776, Thomas Paine’s leaflet Common Sense lit a firecracker under the American Revolution, inspiring people to stop what they were doing and immediately fight for independence from Britain.

The movement to abolish the slave trade was up against the fact that only men with large properties had the vote – many of them with money invested in the produce of slavery – sugar, tobacco, rice, cotton and indigo. So they handed out print leaflets to put pressure on parliament and rally public opinion, using eyewitness accounts of the horrors of the slave trade. Their flyer design included the logo of the slave on his knees under the phrase ‘Am I not a man and a brother?’ 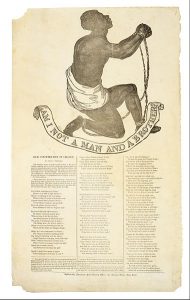 The women’s rights movement used printed flyers to get the sisterhood riled about the injustice of being denied the vote. Activists could take to the streets and thrust them into the hands of likely looking females, showing how flyers are the perfect medium for targeted marketing.

In the Second World War, massive quantities of leaflets were dropped from the air via plane, rocket, shell, and balloon in a propaganda war to influence the people on the ground. Then in the 1950s, leaflet printing evolved with slick, modern designs promoting all the goods, from fridges to holidays and cars, which the post-war baby boomers had the disposable cash to buy.

With the advent of the colour photocopier in the 1970s, every counterculture group could use cheap leaflet printing to advance their cause, whether that was banning the bomb or burning your bra. The leaflet has also been a key tool in the arsenal of guerilla marketers since the 1980s. Recent developments in software mean that now every single one of us can design and print a flyer that says exactly what we want it to in look and language. And even in the age of handheld devices, leaflets reach people that no other medium can. From their political, scandalous and subversive roots to their super-customisable present, there’s power in those printed Leaflets!

Why not create your own and start making an impact? Discover our huge range at Printed.com now.

What is the difference between leaflets and flyers?

Not sure about choosing the best paper for Art Prints? Our latest guide has you covered. Whether your printing five or 500, sticking to a tight budget or looking to add some luxury, we’ve got something for everyone

Need to revamp your marketing? See how stunning print finishes like Foil or White Ink can bring your Leaflet printing to the next level

At Printed.com, we’ve always been committed to sustainable printing and reducing our impact on the environment, so we’ve pulled together our top myth-busters and best practice guidelines to help you become a greener business

The work that charities do is beyond important, and at Printed.com we’re dedicated to helping them make a difference. Meet the Skills and Education Group