The festive season is the busiest time of the year. You’re probably braving a battle of a commute thanks to good old Blighty with its typical weather, rushing to the shops in your lunch hour for present purchasing, and attending various end of year functions in the evenings. Everyone is pretty exhausted, which is why it can be difficult to get people to give up their time and money for your cause.

However, we have some tips on keeping fundraisers motivated during the festive frenzy, because while it is the busiest time of the year, it is also the most wonderful.

Organising a big event such as a charity ball or a gala dinner is a great way to engage people and raise a lot of money for your cause. Then there’s the option to hold an open day which would involve inviting people to visit the place they fundraise for, such as a hospital ward or a community centre. If you haven’t got a place to show them, it’s always worth having an open day at your office in a spare room to host presentations and to discuss next year’s ventures. Because people are going out a bit more, catching up with friends and family before the year is out, they can use a nice show, meal or dance as an excuse to socialise and make a difference.

Hosting a ball, dinner, or an open day means you need some decent signage and print to keep everything organised on the day. Our Events Collection is an event organiser’s best friend, with banners, posters and of course plenty of signage options.  If you’re hosting a dinner, don’t forget the tables. A good menu, along with table names, place cards and table plans are a great opportunity to showcase your charity branding – you could even include some facts and figures on them too! Calendars are also a great giveaway at an open day – you could customise yours to show off your next year plans already!

When fundraisers are a bit frazzled, recognising their commitments to you throughout the year will keep you at the forefront of their mind. After all, everyone likes to be acknowledged, especially in the season of goodwill and giving. You can say thanks in a number of ways, but certain gestures do stand out. Awarding fundraisers with a certificate to thank them for their contribution or with a bookmark they can use every day will let fundraisers know they are appreciated. We have a whole Christmas shop dedicated to this time of the year, which includes Christmas cards – perfect as a timely way of saying thanks.

The best way to get a point across is to use an example, and the same goes for keeping fundraisers motivated. Sending a direct mail that stands out this Christmas could just do that, so think about including a saddle stitched brochure with a year-end summary and plenty of photos. You could send a little desktop calendar with dates already marked with upcoming charity fundraising they can partake in. Or, if you prefer big, visual messaging, think of getting some indoor posters or display boards to really show off your case studies at your headquarters for impactful messaging to stop people in their tracks.

Shopping with us earns you reward points which you can redeem for free print or treats with Amazon.co.uk, M&S, the British Airways Executive Club or for media and imagery from iStock. Better yet, other customers can donate their own reward points to charitable organisations like yours.

Keep up with making a difference and remember, we give registered charities 15% off for life, making printing more affordable and budget-friendly.

Friday’s Favourites: Get into the Festive Spirit 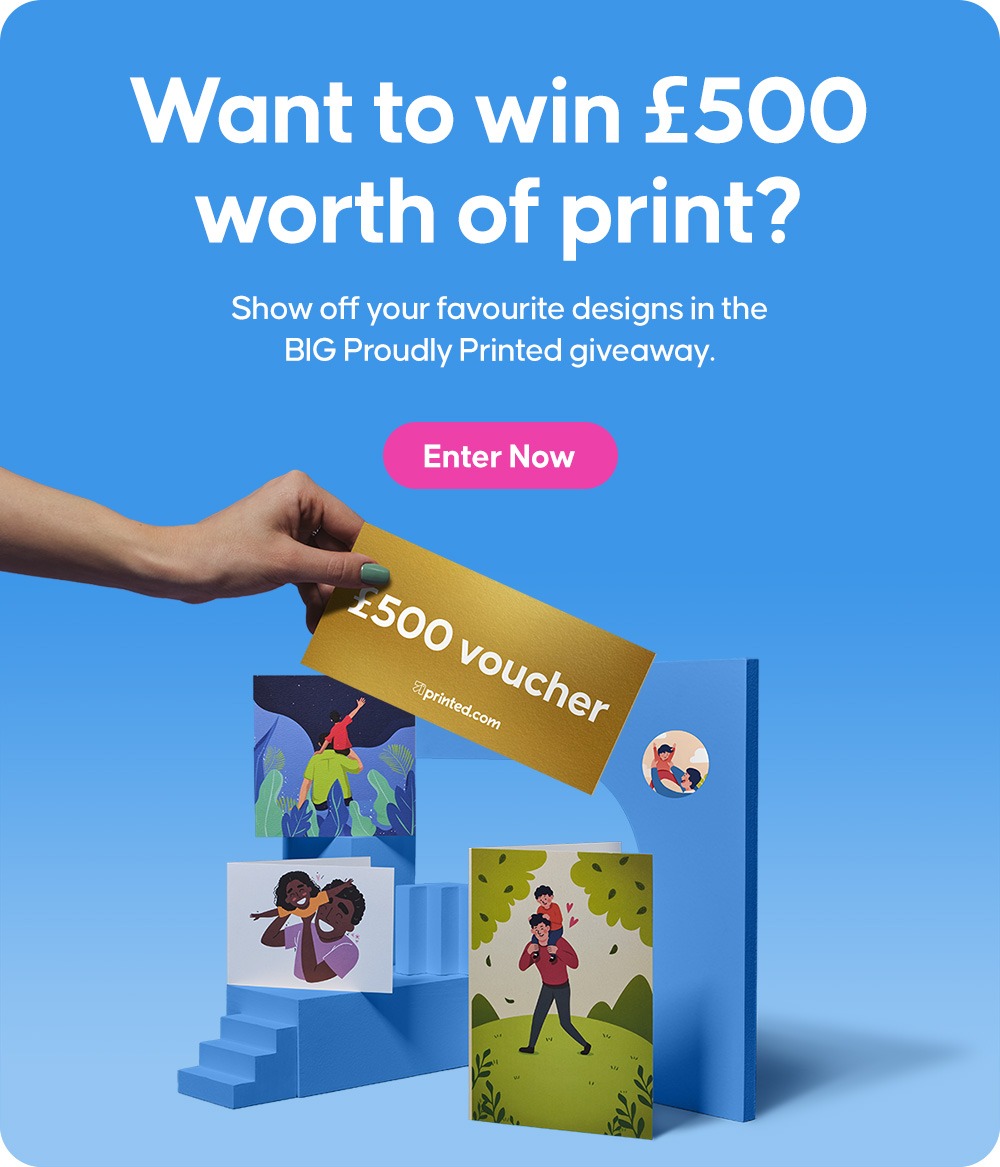 This year we partnered with The Sun to help raise money for Young Lives vs Cancer, with a charity Christmas Card competition. Check out the winning designs right here

Regional winners of the ‘start up entrepreneur of the year’ award for the midlands, Local e Sourced launched their business venture at the very height of the pandemic. Read on for the full interview, plus some top tips on how to get your e-commerce business off the ground (against all odds!).

DMs are essentially what they say on the tin: a direct message or offer that you post to customers to get them interested in you. Whether it’s a Leaflet with a discount, a Postcard introducing your brand or a letter with a survey attached, all are different forms of direct mail.

Need a little good news to brighten your day? We’ve teamed up with the experts at the Great British Entrepreneurial Awards to tell you the amazing and generous things small businesses have been doing during the pandemic!