With millions generated by high-profile charity events, we’ve put together a quick guide on the largest ones out there to inspire you for your next big fundraiser.

The Prince & Princess of Wales Hospice in Glasgow recreates the popular TV series annually with a dinner and dance evening. The event is the crown jewel in the hospice’s calendar of events, and draws in a sell-out audience every single time, as well as a host of real Strictly Come Dancing stars and celebrity presenters such as Carol Smillie. In its first year in 2010 the event raised £51,000, with 2016 bringing in £91,000 – proving how fast these themed events can grow.

TV shows are a great place to go for inspiration and because they already have a fan base they’ll bring in an audience who want to aid your charity but also get involved in something they enjoy. Think of talent shows, Family Fortunes and challenge shows such as I’m A Celebrity and Crystal Maze. Even Robot Wars could be a fun one!

The Macmillan Cancer Support fundraiser continues to grow with every year breaking records. With it being such a simple idea, of gathering friends, family, colleagues and neighbours, it’s an easy-to-do charity event that has raised more than £139 million. Beginning in 1991, 2,600 supporters fundraised £208,000. Now it boasts M&S as a headline partner and a whole host of celebrity participants. It just proves that cakes and tea are great ways to kick start campaigns as everyone can join in with little effort.

Cancer Research UK’s series of races is a women-only fundraiser for research into 200 types of cancer, with Tesco as its main partner. With eight race options, starting from 5k’s and school participation, all the way up to a full marathon, they’ll be a challenge to suit pretty much everyone. It’s been the UK’s top fundraising event many times, and its success is down to the variety of race options which are held up and down the country throughout the year.

The Movember Foundation is a leading global organisation committed to changing the face of men’s health, which is why every November you see beards and moustaches sprouting from half the population. It’s also had big celebs backing the cause, with Stan Lee and Jenson Button getting in on the act. The male population can easily take part and be sponsored to grow their facial hair for the month, which is something not too taxing, to raise awareness of prostate and testicular cancer charities as well as preventing male suicide. Be inspired by Movember by incorporating funny hair challenges into your charity activities.

This event has become so normal that some don’t even know that its ran by UNESCO to promote reading, publishing and copyright. In the UK schoolchildren and teachers dress up as their favourite literary characters, with special book tokens given out to the children to purchase £1 books from a selection of titles. Getting schools on board with a charity project provides you with a large pool of potential donors, and dressing up is always a sure-fire way to gain donations.

2014’s ALS ice bucket challenge bankrolled a breakthrough discovery, proving to some cynics that viral charity campaigns can have an impact on the world. People dunked a bucket of iced water over their heads to gain donations and nominate others to do the same, and during the 30-day period of the campaign, it raised more than $100 million. The funds raised led to a new gene being discovered which could lead to new treatments for the neurological disorder.

What the ice bucket challenges shows is that doing something out of the ordinary will generate views, and could make your campaign go viral, especially when A-listers get involved. The #nomakeup selfie for Cancer Research also swept across the internet with a similar impact. Both campaigns made people feel good about themselves; it was about being confident, being fun and self-deprecating – a very British element that will have helped with spreading the phenomenon’s.

Speaking of British self-deprecation, the Save the Children annual fundraiser encourages people to make the world better with a sweater for only £2. The funds are used to give essentials such as healthcare, education, protection and food to children around the world. Participants can go garish, decorate their own or even knit a new one. It’s a great way to poke a bit of fun at yourself and is particularly popular in schools and workplaces where the worst/best jumper is judged and awarded. Seasonal holidays and events are the perfect excuse to launch a charity campaign, and people tend to be extra giving during these times, especially at Christmas.

Print is the foundation of a successful charity event – it brings attendees flocking and helps keep everyone organised on the day. Shop this fuss-free collection and find the print you need, like outdoor banners and event posters, in just minutes. It’s an event organiser’s best friend!

Bex is our Creative Content Manager and lover of all things community. When she's not glued to her phone you can find her out cycling in the Chiltern Hills or braving the London commute on her Brompton.

Friday’s Favourites: The Start of the Month 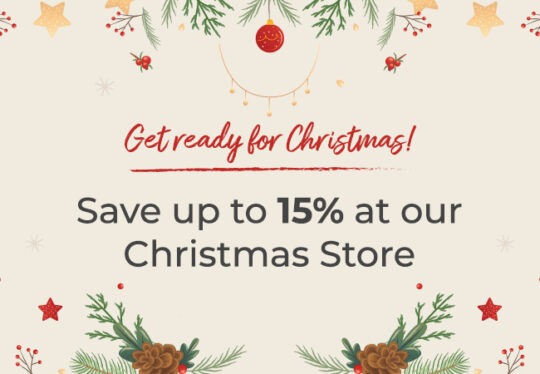 Our Christmas card competition is BACK and better than ever! To celebrate the festive season we’re offering Printed.com customers the opportunity to design our official 2020 seasonal Card, Envelope and Sticker.

To gear up for all pupils returning to school, getting print-ready is essential. And with Covid-19, implementing protective measures in educational settings has become top priority. Check out our top tips for making your education budget stretch further!

A new month brings another COVID-19 update, with more businesses now able to fling open their doors to the public, including museums! While business-as-usual is still a long way off, there are plenty of things you can do to make sure visitors have a fun, educational and (most importantly) a safe visit

Posted on August 3, 2020
by Charlotte Cooper

Just when you thought you had all the Health and Safety print your business needs, we introduce to you… Clear Roller Banners! Find out how these genius clear protective screens can help restart your business today